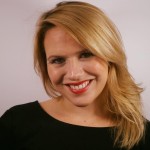 I have spent the best part of my life in media, I started out selling advertising and ended up creating and launching magazines, digital brands and events.  That’s great, so what’s it got to do with anything?
Well, most of my brands or communities had on average around 5,000 readers or users, the biggest I have built being SME magazine which had just over 120,000 users.  Well, I want to help and ensure you do not fall into the trap of big numbers, big numbers do not matter, however, the right reach matters completely!

So let’s rewind the clock, it’s 2004, Greece had won the Euros (England knocked out thanks to Portugal), Janet Jackson (with exposed breast) played the Super Bowl halftime show, fox hunting was banned,  Eric Prydz – Call On Me was the soundtrack (awesome video) and a younger Stuart H was rocking life.  It was also the year I learned a valuable lesson on audiences and the embellishing of numbers.

At the time most of the B2B magazines we worked on had circulations of 10,000 this holistic figure was never really questioned. Well, that was until I went to Switzerland for what I thought was an easy £8000 renewal.  I knew our media data inside out, 40% of the circulation was Europe, 35% America and 25% rest of the world and a whole heap of info I had been given by the sales director.  Now as I entered the boardroom ready for the formality, one of the directors asked “who” the other 7,000 we circulated to were.  As I prepared to give my answer, knowing we went to 10,000 global readers, I felt my cheeks becoming red and the room suddenly felt like a sauna, I just could not give the answer.  You see the gentleman that called me out had done something that my peers who created the magazine had not done,  he looked at our audience and worked out

Total number of decision makers in each business 3 max

Circulation should be 3000 – based on our own positioning of title

So who were the 7000, simply wastage? No amount of blag was going to cover that gap, taught me a valuable lesson and really focuses my future career and my own launches on the viability of delivering a real audience which in turn delivers tangible results for clients. It becomes very cliche but it is better to have an audience of 100 people with all engaging than a 10,000 following with still only 100 engaging.

This is well known within media, and audiences have been scrutinised since the 1900’s when advertising became popular, what’s this got to do with social media and my business? For a start the advertising industry is to a degree regulated, you can find ABC certificates and BPA certificates to see if magazines and emails are being sent by publishing companies and media owners (these are known as audits), digital analytics are comprehensive enough for most to make a decision.

The Rise of Influencer Marketing

We are seeing many more influencers, now a lot of true influencers are awesome and can be an excellent way of helping get to new and existing customers.

Unlike traditional media, you have no audits that tell you that if these followings are genuine, don’t be fooled by large followings. Sure you can measure activity after you have parted with your budget and see what proportion of traffic driven to the site is from a particular social media network.  In my humble view, influencer marketing is fantastic, and no doubt will become even bigger with influence niches popping up and becoming more relevant.  Just put the same kind of due diligence into it that you would if you were to spend on a traditional campaign.

Firstly to work with a good influencer it’ll be hard, they are busy and you will need to build a relationship or spend some cash to get them to work with you.  So be aware if people are targeting you! If you’re not a large corporation and approached then someone possibly wants to relieve you of some cash!  This comes back to looking at engagement, eyeball it! Is an influencer someone with the most followers in the market or the most engaged!

If you feel these influencers are a good fit and that the audience profile they have matches your customer demographic, awesome, no brainer go for it. what checks should you do? Firstly if this person engaged, when they post something they get one or two likes yet have 100k+ followers, bit odd, damn right it is.  You can also use fake follower, tools available to look at people’s followers and do your own due diligence.

The biggest giveaway, and true of most influencers we have met at Social Day, these genuine influencers are fully engaged. It’s obvious, that’s how they have built up such large followings simply by gaining a reputation for quality content, helping and being accessible to the audience they have built up.

Use the rule of engagement before you spend any money on advertising or third party marketing, and you will begin to see far better returns on your spend!

How well do you understand your Audience?

What Can SME’s Learn From The Sex Pistols? – make your marketing stand out